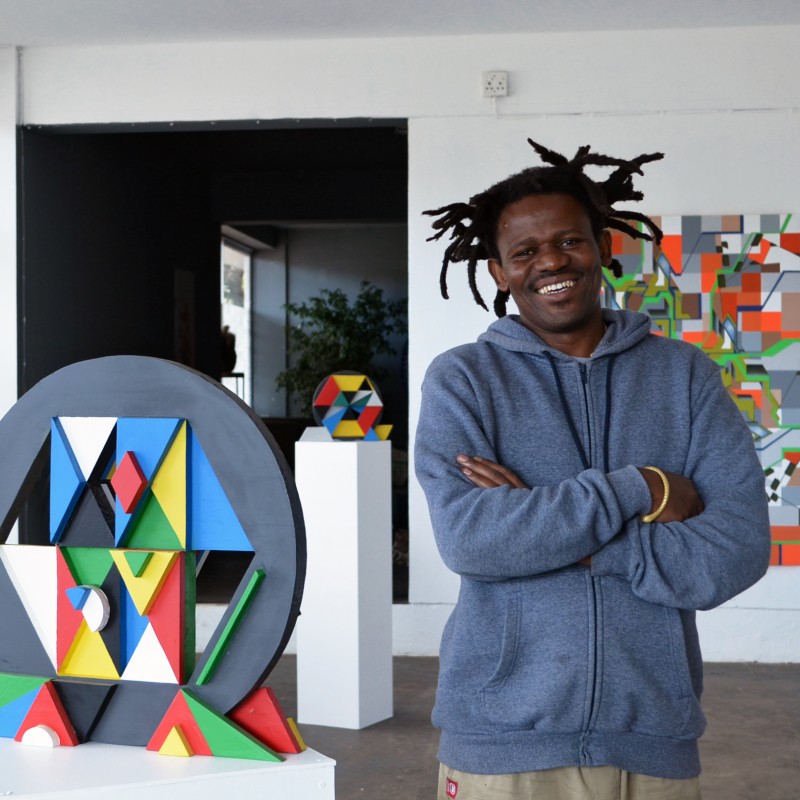 Sandile Radebe’s main area of interest is art practice in both public and private spaces. Radebe explores these spaces through stimulating a new reading of graffiti and more broadly, the way language works to help construct our realities. He visualizes graffiti in abstract sculptural forms instead of alphabetical lettering. The viewer is encouraged to think about graffiti and indeed language, in a new way. Radebe says that his aim is to develop a new graffiti language devoid of stigma.

Based in Johannesburg, Radebe completed a BAFA (Honours) in 2006 at Wits School of the Arts and in 2009 studied for a PGDA in Arts and Cultural Management at the same institution. A solo exhibition, A Walk in the City, was held in 2014 at the National School of the Arts. He has participated in various group exhibitions and art fairs with the most recent being Cubicle Series, Everard Read, Cape Town (2018) and the Cape Town International  Art Fair with Guns and Rain (2020). Radebe has been involved in several public interventions (Afrika Burn, Century City Bus Station, Joburg Road Agency, 1st International
Sculpture Symposium, Bhubaneswar, India) and has executed a number of public art commissions from 2003 to date. 2019 saw him part of a team involved with painting the largest mural in South Africa in Johannesburg on Louis Botha Road. Radebe’s pieces are in private and public collections locally and
internationally